You’re one of those people who believe your friends will never lie to you. You know the ones I mean … the ones who say “you should bottle this spaghetti sauce,” “You should run for office,” or even “you could make a living as a stand-up comedian.” If you’re still on the fence about that future as a comedian, here’s your reality check; a chance to hear and see some of the best out there. 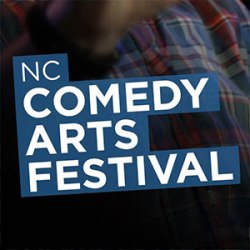 The North Carolina Comedy Arts Festival (NCCAF), started in 2001 has become so popular and well-attended that this, the 14th year, has been extended to 10-full days reaching from Carrboro through Chapel Hill and all the way over to Durham.  Not bad for just a little festival created by Zach Ward, DSI owner and funny man in his own right. (DSI stands for Dirty South Improv. Now you know.)

It was easy to get Zach talking about both comedy and the festival, which started as a college invitational.  I simply asked if the festival was still run that way and speculated that they must have hundreds of comedians/improv groups begging to be included, then asked how many submitted this year.

“Improv, improv, improv (and standup and sketch and film),” he answered. “We shifted from an invitational model to a submission process after the second year of the festival. Acts submit in early October and are selected by the end of November. The festival has grown from 30 college improvisers in 2001 to over 500 performers each year since 2010. This year we had over 220 acts submit and 117 were scheduled.”

Aren’t you wondering what the process was for deciding who will participate?

“The process: watching lots and lots of comedy,” Zach said. “A small group of local performers and producers watch a majority of the submissions. We also travel and see acts live at other comedy festivals during the year. That helps a lot, when we are able to see and meet an act in person.”

This year also features the third Annual North Carolina Laughter Championship, where after a series of “Laugh-offs,” a winner will take away the title of “2014 NC Laughter Champion” and go on to compete in the SE regionals in Atlanta.  Also on the schedule: an Adult Spelling Bee, The Great Durham Pun Championship, The Monti, and Comedy Kingmaker, just to name a few. 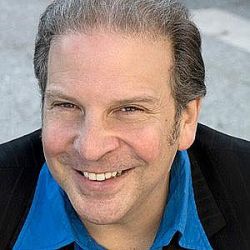 And just to tickle my fancy, festival staff offered up an interview with Eddie Brill.  Eddie’s the guy who warms up the audience on The Late Show with David Letterman and formerly coordinated the comedy talent for the show.  Heck, yeah, I’d like to talk with him.

The festival runs from Thursday, February 6-Sunday, February 16 at the following venues in the area: DSI Comedy Theater, The Arts Center, Open Eye Café, Nightlight and FlyLeaf Books in Chapel Hill, and Motorco in Durham. Tickets are $5-$20 (depending on the event) and are available online at www.nccomedyarts.com.  10% of ticket sale proceeds will go to Blue Ribbon Mentor Advocate and Beat Making Lab.

Music on Shuffle will be back!  Stay tuned.