At some point in the mid-’80s, my rock stars went from cutting records to cutting onions. I was star chef-struck and proud of it. My sister lived in New York City, so instead of theater tickets, we’d plan and save in order to lunch at one of the top-rated restaurants. First was La Côte Basque, followed by the original Bouley, and then La Grenouille, where I had a coq au vin that near ’bout made me cry outloud. While living in London and attending culinary school,  (yeah, yeah, yeah, I can already hear you commenting on the irony of a cooking school in England) several of my classmates and I pinched enough pence to eat at Aubergine, newly opened by the temperamental Gordon Ramsey, yet unknown outside of London. The food was exquisite, but the screaming from the kitchen all but ruined the experience.

Chefs were just on the verge of becoming celebrities, and my list of memorable meals and chef meetings is long and satisfying. My first real high-profile face-to-face encounter with a chef was at the Fancy Food Show in Chicago in 2001 at a seminar by Charlie Trotter. I waited two hours in line to talk to him and get a book signed. I never got to eat there before they closed and sadly, Trotter died on Nov. 5 at age 54. At another food show in NYC, I finagled my way into the bathroom line behind Sara Moulton. Damn near dogged Rick Bayless until he knew my name.  I was a mostly rambling mess while Anthony Bourdain signed Kitchen Confidential, until we started talking about The Ramones and agreed that any day you woke up and Keith Richards was still alive was a good day. Lesson learned after I nursed a rather pitiful years-long crush on David Rosengarten imagining “if he only knew me ….” and “if I could only have dinner with …” then when I got to spend an entire day with him, which included taking him to Allen & Sons (lunch) and Lantern (dinner),  could barely put one intelligent word in front of the other.  Picking up the dinner check, I realized that I was signing off on my “if only” fantasy and went into brief mourning as the perfect crush melted faster than chocolate in a hot car.

It almost goes without saying at this point: the food scene in Chapel Hill/Durham/Raleigh is becoming legendary. That’s evidenced not just by our own extraordinary rock star chef talent in the Triangle, but by the growing handful of high-profile chefs and restaurant owners who now stop here on book tours or to give cooking lessons where once we were in the flyover zone between Atlanta and NYC. I actually felt heat rise when I heard about these upcoming book signings and chef appearances. 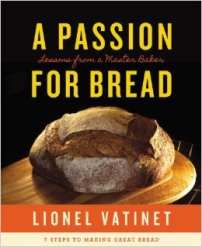 If you’re unfamiliar with La Farm Bakery in Cary, well, shame on you. Lionel Vatinet is a master, and La Farm products are available at all area Whole Foods. Get thee toward a croissant. 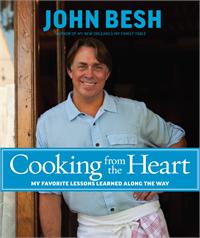 New Orleans Chef John Besh, owner of nine restaurants, has won so many awards it’s hard to keep track of them, from being named one of the 10 Best New Chefs in America by Food & Wine in 1999 to claiming the 2006 James Beard Award for Best Chef in the Southeast. Besh is all over Food Network, competing on Iron Chef America and Top Chef Masters, and even appearing in a season one episode of HBO’s Treme. 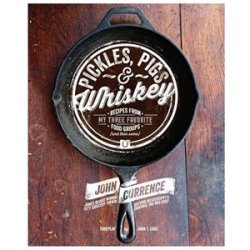 City Grocery owner and chef John Currence, while maybe less well-known except among rabid foodies, actually began his food career as a student at UNC, washing dishes at Crook’s Corner when the man in charge was Bill Neal. He returned to New Orleans, working for the Brennan family of restaurants before opening City Grocery in Oxford, Miss., in 1992. Also multi-award winning (2009 James Beard Foundation Award for Best Chef in the South, e.g.), Currency is contributing editor for Garden and Gun.

Just in case you were wondering, and I know you are … I plan on spending the weekend watching the next 3 episodes of Treme and the documentary Muscle Shoals. Maybe even the new Big Star: Nothing Can Hurt Me if it arrives. I predict happiness.  Not just because it’s my birthday, but because I’m going to do exactly what I want. Nothing more, nothing less.